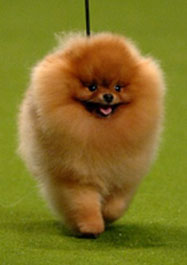 We leaved home in Denmark Thursday morning at 10 and drove to Belgium where we stayed for a night.

Next morning should we sail with the boat to Dover in England. The boat was in first round cancelled and in second round was it cancelled because the boat had an error on the computer system. So we were sitting in our car for 7 hour and wait for the boat to arrive. Finally after 7 hours waiting the boat came. At 7 am in the evening could we go onboard the ship. It took only 2 hour to sail. When we should drive in the English continent were we lost and couldn’t find the Hotel… 🙂 At 2.30 am my husband drove into another car. The woman who drove the car was a police officer. Good for us we wasn’t hurt any of us… At 3.30 did we finally arrived to the Hotel and get some sleep we should be showing No Name the next day

Day one at Crufts:
The nerves were outside the clothes. Elisabeth Hals from Norwegian and her aunt were also at the show with Soffie’s Comet so we had a bit of company. Now the show begins. 165 Pomeranian were registered to be showed.

There were many nice poms but the best of it was that No Name became BOB. We have been fantastic with the people who we had talked to. We have really felt us welcome. A specially thanks to Andrew from Pedigree who were at the show and he gave us an amazing treatment. And thanks for all you people who had stand by us and helped us under the whole trip…

The excitement was at the highest when we were going to the Toydog group. And during the show Jan was very concentrated on handling No Name. And that’s the biggest he ever had because he became the winner of Toydog group. It was so amazing and we were so happy about it. So again thank you everybody at the show! 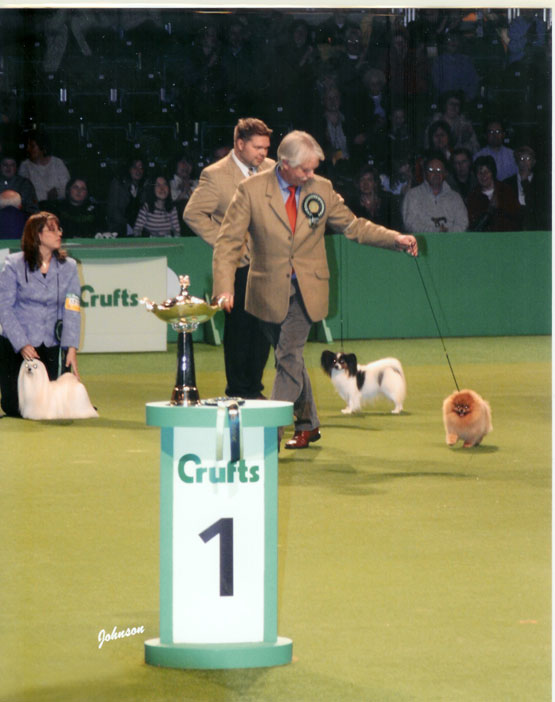