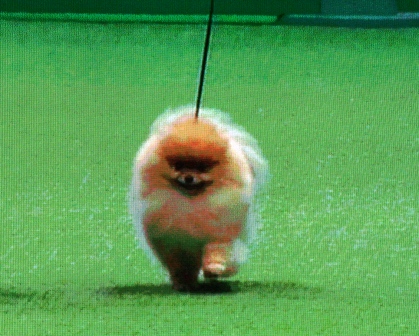 The question has been asked here if Queen Bee has set a Crufts record, see below:

This year’s Pomeranian Best of Breed winner was the beautiful Danish Pomeranian DK/SE/INT/SK Ch Soffie’s Queen Bee owned by Mrs V. Jacobsen. This is the third consecutive year she has won the bitch CC at Crufts. As Queen Bee is from Denmark, she has not been shown at any other UK show.

So she has become a UK champion solely on the strength of her wins at Crufts. Additionally in 2009 she was BOB and Group 4 and this year she was also BOB and Group 4 in the Toy Group.

Her sire, DK/S/KLB Ch Finch’s Ovations For Me, also owned by Mrs Jacobsen, was the BOB and popular Toy Group winner in 2006. All wonderful achievements. I am not aware of any other dog, of any breed, that has become a UK champion exclusively as a result of 3 consecutive Crufts CCs. We have asked Simon Parsons an expert in the UK on dog show satistics and according to his records this is a first in the UK. So more congratulations in setting a Crufts record. 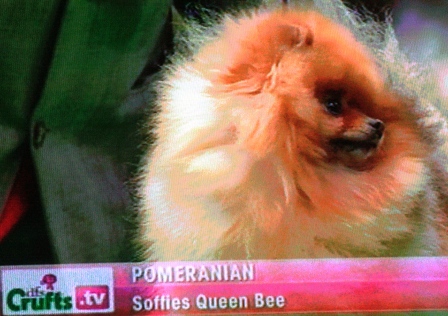